Riding on three centuries Mumbai posted a mammoth 645 for nine declared and then reduced Baroda to 167 for five on the third day of their Ranji Trophy quarter-final match at Mumbai on Tuesday. 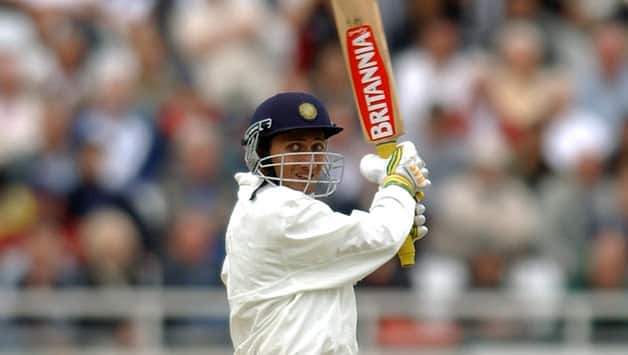 Mumbai posted 645 for nine declared against Baroda, thanks to three centuries, and then reduced Baroda to 167 for five on the third day of their Ranji Trophy quarter-final match at Mumbai on Tuesday.

Replying to Mumbai’s huge first innings’ total, Baroda were struggling at stumps with half the team already out, still trailing by 478 runs and needing 279 more to avoid the follow on.

At close, Ambati Rayudu was unbeaten on 10 and giving him company at the other end was Pinal Shah at 6.

Having declared at 645 for nine, the 39-time champions equalised their previous record total against the same opponent scored in 1945-46.

Resuming the day on 524 for six, Mumbai added 121 runs by losing three more wickets before deciding to declare almost 35 minutes before the end of the first session.

Both the overnight batsmen, Abhishek Nayar, who started at 122, and Ankeet Chavan, resuming on 17, got out early scoring 132 and 22, respectively.

After dismissing Chavan in the second over of the day, Baroda prevented the in-form batsman, Nayar from accumulating more runs and the all-rounder was caught behind off Murtuja Vahora in the ninth over.

The left-hander Nayar’s knock came off 243 balls, laced with 12 fours.

Skipper Ajit Agarkar, who came into bat after Chavan’s dismissal, accelerated the run rate as he scored an unbeaten 52 off 53 balls.

He was well supported by the number 10 batsman, Javed Khan, who struck four sixes and two boundaries for his 43.

Baroda started off well as both their openers, Saurabh Wakaskar and Aditya Waghmode, completed half-centuries to put up a solid 102-run stand for the opening wicket, even as Mumbai bowlers struggled hard till 39th over.

But after debutant Vishal Dabholkar provided the much needed breakthrough to the hosts when he got rid off Wakaskar, wickets kept falling at regular intervals.

Wakaskar’s 51 came off 123 balls, including 10 fours. Dhawal Kulkarni then took the second and third wicket in quick succession to push the visitors on to the backfoot.

First he castled Abhimanyu Chauhan for a duck and then saw off Waghmode for a well made 53 off 153balls.

The opener, who had survived earlier when wicket-keeper Aditya Tare missed a stumping opportunity off Vishal Dabholkar while he was batting on 45, had hit eight fours in his knock.

Agarkar then dismissed his Baroda counterpart Yusuf Pathan (21 off 18 balls) to put Mumbai in driver’s seat.