Baroda batsmen, led by skipper Ambati Rayudu, showed a lot of application as they posted a commendable 525 for seven against hosts Delhi at stumps on the second day of their third round Ranji Trophy Group B encounter on Sunday. 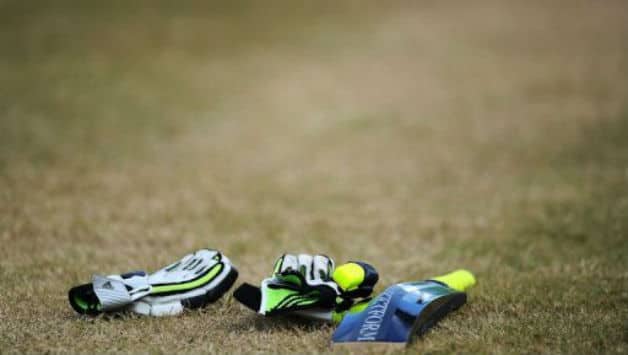 Baroda batsmen, led by skipper Ambati Rayudu, showed a lot of application as they posted a commendable 525 for seven against hosts Delhi at stumps on the second day of their third round Ranji Trophy Group B encounter on Sunday.

Ambati Rayudu scored 131 and added 213 runs for the fourth wicket with young Abhimanyu Chauhan, who hit a patient 113 as Baroda made life miserable for the Delhi bowling attack sans Ashish Nehra at the Feroz Shah Kotla Stadium.

Parvinder Awana bowled his heart out on a lifeless track and bowled a few beauties to get rid of Rayudu and Kedar Devdhar (27), but in all it was another day where the bat dominated the ball.

Starting the day at 252 for three, both Rayudu and Chauhan reached the individual landmarks without much fuss.

Baroda’s late-order also made a very useful contribution as left-handers Ketan Panchal and seamer Gagandeep Singh Natt also added 126 runs for the unbroken eighth-wicket stand with both hitting half centuries.

In the process, both batsmen hit a number of sixes especially attacking left-arm spinner Manan Sharma, who went for 130 runs in 31 overs.

While Panchal was unbeaten on 72, Gagandeep played a cameo remaining undefeated on 70. Both Panchal and Gagandeep hit three sixes and seven boundaries each.

Earlier, it was Chauhan, who was the first one to reach the landmark with a push towards mid-on off Awana’s bowling.

Rayudu hit a classic straight drive off left-arm speedster Pawan Suyal to reach his 13th first-class century. Throughout his 232-ball stay at the wicket, Rayudu’s driving was a treat to watch.

If Chauhan looked elegant while executing on-drive, Rayudu looked equally impressive as he hit 22 boundaries in all.

While Chauhan’s nearly six-and-half-hour vigil ended when he played across the line to a Sumit Narwal delivery and the middle stump went for a walk. Rayudu got a beauty from Awana who bowled a perfect leg-cutter to breach his defense.

Awana then bowled a bouncer which saw Devdhar go for a hook shot only to be caught in the fine leg region by Suyal.

Murtuja Vahora (11) got a ball that really kept low and was bowled.

At 399 for seven, Panchal and Gagandeep joined hands. The duo took on the spinners as well as medium pacer Bhatia with aplomb. Both completed their half centuries with a six each.

Panchal hit one straight while Gagandeep, who matched his partner for stroke, hit a huge one off Bhatia to the deep mid-wicket region.

For Delhi, Awana bowled 32 overs taking two for 97 while Rajat Bhatia had the best figures of three for 35 from 19 overs. Last match’s hero Suyal gave away 119 runs in 33 overs without any success.

Everybody wants to be Sachin Tendulkar, MS Dhoni: Kapil Dev