A depleted Bengal would look to deny Railways a win and end a forgettable Ranji Trophy season on a positive note when they take on the visitors in their last round-robin Group A match. 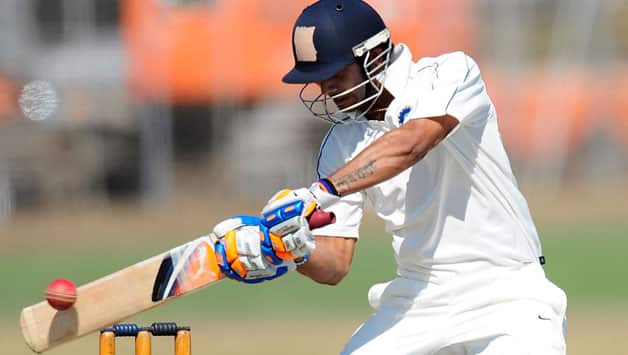 A depleted Bengal would look to deny Railways a win and end a forgettable Ranji Trophy season on a positive note when they take on the visitors in their last round-robin Group A match.

Out of the reckoning for a quarterfinal berth, Bengal might just suffer from lack of motivation, but for the Railways there’s still a mathematical probability.

Bengal will be missing four of their main players with three – Manoj Tiwary, Ashok Dinda and Mohammad Shami Ahmed – part of the Indian team, while experienced all-rounder Laxmi Ratan Shukla is ruled out for four weeks due to an injury to his left hand middle finger.

In the absence of Shukla, who led the side to their first victory this season in their last match, glovesman Wriddhiman Saha would take up the additional responsibility of captaining Bengal.

But all eyes in the Bengal camp would be on 31-year-old pacer Shib Sankar Paul, who would make a comeback to the team almost after five years.

The veteran pacer, who last played a first-class match on February 11, 2008, has been recalled to bolster the pace attack that would lack some bite without Dinda and Shami.

Medium pacer Saurav Sarkar will also make a comeback from injury while Sayan Sekhar Mondal will be the third seamer alongside left-arm spinner Iresh Saxena in a likely three-plus-one attack on the Jadavpur University’s second campus ground.

For Paul, there would be an added motivation as he is four shy of 200 first class wickets.

“I am just four wickets away from that mark. I hope to get there,” he said today.

Asked about his comeback after almost five years, the 31-year-old said, “Age is not a factor. I’m here because of my hardwork.”

In batting, middle-order batsman Sandipan Das may get his first Ranji cap at number six in place of an out-of-form Debabrata Das.

Both the teams faced Hyderabad in their last outing — while Bengal secured a win at home, Railways had drawn, conceding first innings lead in an away match.

Come tomorrow, the Sanjay Bangar-led Railways would look to improve their performance, especially in their batting department.

In bowling, the experience of former India left-arm spinner Murali Kartik would come in handy.

Railways have 15 points, while Bengal have 13, having played seven matches each.