Khurana gifts wicket away, Bawne leads the way for Maharashtra with Rohit Motwani.

Maharashtra have gone into tea at 195 for four on Day One of their Ranji Trophy 2013-14 final against Karnataka at Hyderabad. Chirag Khurana was the only wicket to fall in the session as Maharashtra managed to score 100 runs in the session.

Ankit Bawne and Rohit Motwani are the unbeaten batsmen for Maharashtra at tea with the former moving to his 50.

The session started with Maharashtra on 95 for three and Khurana was leading the way. His approach in the afternoon was a bit different when compared to the morning session. This time, he was more aggressive and looked to score a lot faster.

Khurana got to his fifty and was more proactive against the spinners; looking to sweep. At one stage, Shreyas Gopal troubled him with a few deliveries as he edged twice through the slips soon after his fifties. He was lucky to get away. However, he fell soon after as he tried to sweep Karun Nair, a part-timer, and was trapped plumb in front.

That brought the Maharashtra captain, Motwani, to the crease. He then continued to fight along with Bawne, who moved to his half-century. Bawne made it look quiet easy during his stay in the middle. A straight drive off Mithun early in the session was one to savour for him and would have given him tremendous confidence. He also pounced on anything that was pitched short by Nair, the off-spinner.

Karnataka then ceased to operate Nair and brought back Gopal. An interesting facet of the day has been Sreenath Aravind, who has bowled pace as well as some left-arm orthodox.

With the sun beating down, the conditions seem to have eased out and there isn’t much to worry about the batsmen. Maharashtra have scored at a good rate but may have lost one wicket too many. The onus is on Bawne one would say as he got to his fifty with a delightful stroke through mid-off for four. 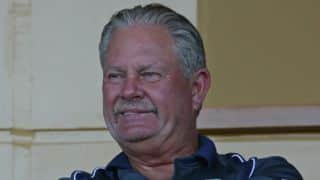 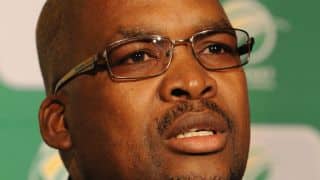