It will be interesting to see how Bengal soak up the pressure against an under-rated Railways.

High on confidence after recording back-to-back wins, hosts Bengal would look to derail the Railways team when they clash in Ranji quarter-finals from Wednesday, weeks after an ugly ‘Mankaded’ incident marred an earlier rubber between the two teams.

After being written off in the league stage, two-time champions Bengal brilliantly turned it around by thrashing Uttar Pradesh (home) and Tamil Nadu (away) to storm into the quarters for the first time since 2008-09 when they were ousted by TN.

For Bengal, a team that could not go beyond the group stage in last four seasons, the excitement is in an all time high as the CAB too has gone all out creating a hype around Laxmi Ratan Shukla and Co.

From gathering 10 former Bengal captains who gifted Shukla an autographed bat to distributing complimentary tickets, the CAB is leaving no stone unturned.

It will be interesting to see how Bengal soak up the pressure against an under-rated Railways who have been a picture of consistency since 2007-08 when they finished runners-up in the Plate League to get a promotion.

Railways made a semi-final exit going down to Mumbai last season, while in 2010-11 they lost in the quarters to Baroda.

Bengal might have peaked at the fag end of the league stage, but the Railmen were steady with three wins including one by a bonus point against Baroda to top the group B.

There has been an intense rivalry between the two teams this season after Railway skipper Kartik ‘Mankaded’ Sandipan Das and Bengal players refused the customary handshake after conceding three points in hot-tempered match in New Delhi.

Both the teams today termed it “history” as all eyes would be on the rival teams and their on the field behaviour.

Bengal have everything in their favour beginning with the return of Wriddhiman Saha, who was with India’s South Africa tour as a reserve wicketkeeper.

Opener Arindam Das too will return at the top after recovering from a back injury to lend stability to the batting.

In absence of Manoj Tiwary, skipper Shukla is leading from the front with 491 runs from seven matches, while youngsters Writtick Chatterjee and Abhimanyu Easwaran too have impressed.

It will be the same wicket on which Bengal had mauled Uttar Pradesh by eight wickets inside three days as Ashok Dinda and co will look to exploit the green top.

In fact, it will be the Railways pace duo of Anureet Singh and Ranjit Mali — with 58 wickets between them — who will be more tempted to utilise the conditions.

Another high point for the Railmen has been the batting consistency by the experienced wicketkeeper batsman Mahesh Rawat and former Bengal batsman Arindam Ghosh.

Railways might be struggling with the opening combination having tried six batsmen with Shivakant Shukla, but it’s the duo’s solid presence at No 5 and 6 that has overcame many hurdles. 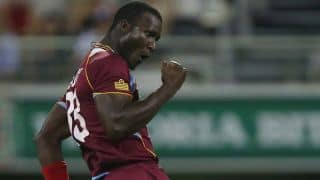 Rodney Hogg: Mitchell Johnson would have broken my Ashes record if he had another Test to play