Railways had dented Bengal before Shukla and Saha steadied the ship.

Bengal are 180 for five on Day Four of their Ranji Trophy 2013-14 quarter-final against Railways at Kolkata. On Day Three, Bengal were successful in taking a three-run lead thanks to Ashok Dinda’s six-for. But, the Railways bowlers had fought on and dented them early before Laxmi Ratan Shukla and Wriddhiman Saha.

The day resumed with Bengal on 133 for four and Shukla in control. He was unbeaten on 63 off78 balls and could only add 11 runs to his overnight score before Krishnakant Upadhyay dismissed him.

After his dismissal, Saha has continued to fight and has taken Bengal towards 200. He has completed his half-century and would be looking for more. 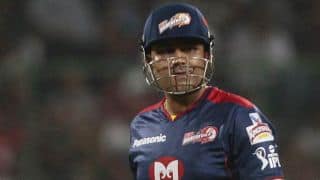 IPL 7 Player Retentions: Delhi Daredevils' decision to not retain anyone is bold 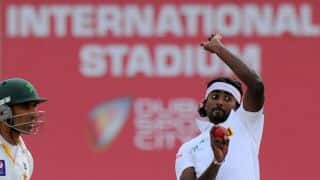