Railways became the first team from group B to qualify for the quarterfinal of the Ranji Trophy.

Railways became the first team from group B to qualify for the quarterfinal of the Ranji Trophy with a 37-run win over minnows Services on a day when team management led by skipper Murali Kartik‘s decision to deny Mahesh Rawat a century surprised one and all.

Chasing a target of 237, Services were all out for 200 despite opener Prateek Desai scoring a 100. He faced 180 balls hitting 13 fours as leggie Karan Sharma picked five for 50 after Railways made a sporting declaration at 282 for seven batting for an hour on the day.

The most surprising aspect of the morning session was how glovesman and team’s most consistent batsman Mahesh Rawat was robbed of an opportunity to score a century as Railways decided to declare when he was on 92.

Rawat had added 25 runs to his overnight score of 67 and the Railways scored 58 runs in the 14 overs that they batted today scoring at a rate of more than four runs per over.

While a sporting declaration was necessary to go for an outright, it was baffling that Rawat, who scored his 92 runs in 143 balls with 11 fours and a six wasn’t playing slowly either.

To everyone’s amazement, the declaration came suddenly when another over or two could have helped team’s highest scorer reach century.

Coach Abhay Sharma later gave an explanation that the declaration came in the best interest of the team as they needed maximum number of overs to bowl Services out.

Questions are also being raised by Kartik’s position in the team as he has bowled a total of 46 overs in seven matches taking only one wicket and scored 128 runs at an average of less than 19. His decision to open in this match also came under scanner. 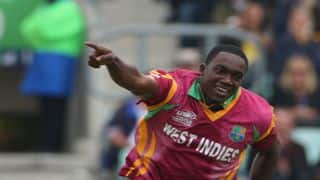 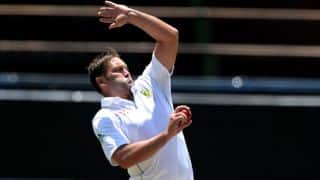 Jacques Kallis was the best all-rounder of this generation: Waqar Younis