Mumbai scored their second lowest total in Ranji Trophy as they were all-out for 44 in the Day One of the semi-final match against Karnataka at the Chinnaswamy Stadium, Bangalore. The day completely belonged to the bowlers as a total of 22 wickets fell in the day. At stumps, the hosts were leading by 168 runs and they still have eight wickets in hand. Live Blog: Karnataka vs Mumbai

Earlier on Wednesday morning, Karnataka skipper, Vinay Kumar won an important toss and surprisingly decided to bat first on a green track. The decision immediately backfired as they were all-out for just 202 in their first innings. At one point of time Karnataka were well placed at 115 for two. But An inspired second spell by in-form Mumbai pacer Shardul Thakur triggered a batting collapse and their next eight wicket added only 87 runs.

In reply Vinay rattled the Mumbai batting with a spell of eights over, one maiden, 20 runs and six wickets. No Mumbai batsman showed any kind of application as the whole innings lasted only 93 balls. Five batsmen couldn’t open their account. This was Mumbai’s second lowest total ever. In 1977-78 season, ‘Bombay’ were bowled out for just 42 by Gujarat. They current team somehow managed to go past that score.

Baiting second time in the day, Karnataka also lost two wickets. They finished the day with 10 for two. Both their openers KL Rahul and Robin Uthappa were back in the pavilion. 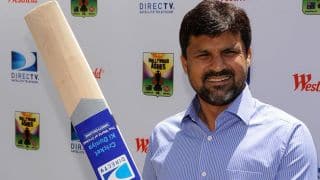