Himachal Pradesh rode on a century by Ankit Kalsi to go past Goa.

Ankit Kalsi scored a century to enable Himachal Pradesh take a 20-run first innings lead over Goa in the Ranji Trophy Group C  tie today. Kalsi (115) played a sheet anchor role along with Rashmi Parida (88) as they both added 166 runs for the fourth wicket.

The visitors were 377 for nine at stumps in response to Goa’s 357. After a patient knock, Kalsi became Gauresh Gawas’ third victim when he edged one to Sagun Kamat at slips. His innings was highlighted by 15 fours. Bipul Sharma(37) and Karanveer Singh(27) then overhauled Goa’s first innings total. Gawas was the most successful bowler for Goa, taking three wickets for 73. 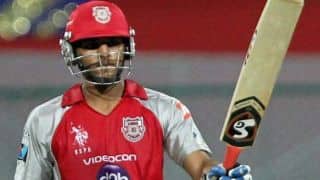