Rajasthan end day at 78 for two, trailing Delhi by 161 runs.

Unmukt Chand hit his fifth first-class century (146 runs) and half-centuries from Mithun Manhas (53) and Sumit Narwal (59) helped Delhi seize the initiative against Rajasthan on the third and penultimate day of their Ranji Trophy encounter at the Ferozeshah Kotla here Tuesday.

Delhi declared their innings at 380 for six, building up a first-innings lead of 239 before reducing Rajasthan to 78 for two, needing 161 more to avoid a final-day innings defeat. Rajasthan had won the toss and decided to bat first.

MS Dhoni: 10 achievements that speak of his greatness 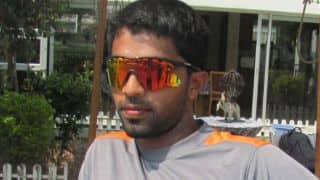