For Bengal, to remain technically alive, a seven point (which includes a bonus) is a must as Mumbai have already qualified for the last eight phase.

New Delhi: A couple of shoddy performances along with cancellation of their rescheduled match against Gujarat put Bengal in a near-impossible situation of trying to qualify for the knock-outs as they face Madhya Pradesh in what will be their final Ranji Trophy 2016-17 encounter, here tomorrow. For Bengal, to remain technically alive, a seven point (which includes a bonus) is a must as Mumbai have already qualified for the last eight phase. The second placed Gujarat, on 25 points, will meet third placed Tamil Nadu on 23 points. Even if Bengal log home seven points against MP, they can at the max go up to 25 points which eventually may not be enough.

The game between Gujarat and Tamil Nadu will have special significance because if the southern state can manage 3 points and Gujarat get one point, both teams will end on even keel at 26 points and one, if not both, can then qualify for the knock-outs. In case MP can win with bonus points, they can go up to 26 points with an improved net run-rate and also dislodge one of the two teams. For defending champions Mumbai, the last match is of academic interest and to ensure that they finish on top of Group A, which will enable them to play against a Group C (erstwhile Plate group team) side. Even if they get a point, they can finish in top two and in worst-case scenario, if they lose, they still qualify.

For Bengal, their defeat against Baroda at Lahli will come back to haunt them as well as their inability to break partnerships against Tamil Nadu and Mumbai. “Our top order did not execute the plans that we had set for them in the last few matches. But we are not going to look at the possibilities and try to win the match against MP. The wicket at the Palam ground has some grass but that can also deceive a team as it has traditionally been a slow wicket. Obviously, there will be some help for the seamers for this being an open ground,” skipper Manoj Tiwary said on the eve of the match.

When Asked what were the two turning points of the season, Tiwary said: “The last wicket partnership by Tamil Nadu’s No. 10 and 11 hurt us badly. The match at Lahli, I won’t blame anyone as the wicket was such. In our match against Mumbai, Shardul (Thakur) bowled a brilliant spell and in the second innings, when we were sniffing a victory, their new boy Shubham Ranjane batted beautifully against Pragyan Ojha. I feel for Pragyan as he did not get a single wicket this season on tracks that assisted the spinners,” concluded the Bengal skipper. Ranji Trophy 2016-17: Sourav Ganguly to take up revocation of Bengal vs Gujarat rescheduled match with BCCI 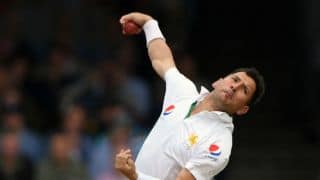