After pulling off a good bowling effort, Railways could not get a good start against Bengal as they lost early wickets.

After pulling off a good bowling effort, Railways could not get a good start against Bengal as they lost early wickets. The teams are playing each other in the Round 4 of Ranji Trophy 2016-17 at the Himachal Pradesh Cricket Association Stadium, Dharamsala. It was Day One of the match as Bengal could not get to a very safe score, wrapping their batting up for a below par total of 204. However, they made a good comeback into the match with a brilliant bowling performance later the day, bagging the top four of Railways batsmen by the stumps of the day for 37 runs only. FULL Cricket Score Ranji Trophy 2016-17, Day 1, Round 4

Bengal could not get to a huge total like they did in their last match, losing wickets early on. They lost their first wicket within the first five overs as Abhimanyu Eeswaran got dismissed for 8. Sayan Sekhar Mandal tried to build up a partnership with Sudip Chatterjee but all he could contribute with was a 25-run innings. Bengal lost both skipper Manoj Tiwary and wicketkeeper-batsman Wriddhiman Saha for individual scores of ducks. The team kept on losing wickets in regular interval and it was not until Ashoke Dinda that someone touched the 30 run mark. Bengal ended their innings with 204 runs on the board. For Railways, Anureet Singh remained to be the most successful bowler of the lot, bagging 4 wickets while Amit Mishra bagged two. Karan Thakur got two wickets and Karn Sharma bagged one.

Railways could not pull off any heroics with the bat on Day One, as they kept on losing wickets regularly till it was stumps. As play resumes on Day Two, Anureet Singh and Shivakant Shukla will bat for Railways. 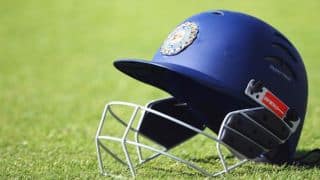