Day One of the clash between Goa and Chhattisgarh was called off due to persistent rains in the Round 5 of the Ranji Trophy 2016-17. Goa opted to field first after winning the toss were rewarded quickly as Chhattisgarh opener Abhishek Singh was dismissed for zero with only 5 runs on the board. The second wicket saw a partnership of 76 runs between Amandeep Khare and Sahil Gupta. Khare was involved in a terrible mix-up and was, unfortunately, run-out on the individual score of 29 runs from 101 deliveries. But soon later, it started raining and the match had to be called off well before lunch. READ Ranji Trophy 2016-17 Points Table & team standings

Khare is currently batting 58 and has captain Mohammad Kaif batting alongside him. By the time the match was called off Chhattisgarh had reached a total of 103 for the loss of two wickets in 38.3 overs. They way it has rained throughout the Day One at the Barabati Stadium, Cuttack and the possibility of the second day s play are very much bleak. Even if the rainfall stops on time, the outfield will have to be dried in order to make the ground suitable for play.

So far in the play, Chhattisgarh has played good cricket after losing the opening wicket. Khare has been persistent in his knock so far and he should look to extend his half-century to a ton as he will have his Kaif alongside to bat on Day Two. Kaif has scored 8 runs off 32 deliveries. Goa bowlers will be looking to get the help from the wicket tomorrow if there is any at all as there has been heavy rainfall. 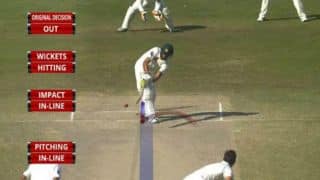 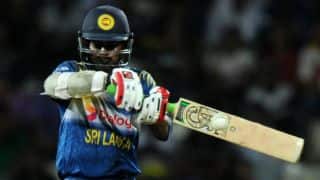