Vidarbha hold upper hand in the Group C encounter against Odisha at Dr YS Rajasekhara Reddy ACA-VDCA Cricket Stadium, Pothanamallayapalam, Visakhapatnam. After skittling out Odisha for a mere 150, Vidarbha finished Day Two on 182 for 2, already leading by 32 with 8 wickets in hand. They lost Ganesh Satish (74) just before stumps, but not before he added 158 with captain Faiz Fazal, who is still there with 76. There is no doubt that Faiz and his men will go on a rampage from Day Two, trying to extend their lead as much as possible and look for an outright win, if not an innings victory.

Earlier, Odisha resumed the day on 134 for 6. All hopes lay with senior batsman Biplab Samantray, unbeaten overnight on 53, who has shepherded Odisha many a time. He was bowled by Shrikant Wagh in the first ball of the day. Odisha added another 16 runs, and were bowled out 8 overs later. Wagh (3 for 13 from 13 overs) and Akshay Wakhare (3 for 19 from 16.1 overs) had excellent figures to show. The fact that two of their men (Halhadar Das and veteran Basant Mohanty) were run out certainly did not help Odisha s cause. 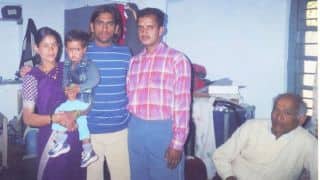 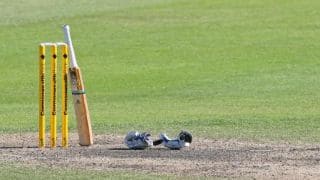