Uttar Pradesh were in some sort of danger, as they reached 147 for 4 in 67 overs against Gujarat, in their Group A match of the ongoing Ranji Trophy 2016-17. The match is being played at the Air Force Complex Ground in Palam, New Delhi. Uttar Pradesh were trailing by exactly 200 runs, and they will need the rest of their batsmen to bat big and long in order to get close to the total with Gujarat have posted. Mohammad Saif was batting on 4 not out and Eklavya Dwivedi was on 20 not out off 41 balls after Uttar Pradesh made a strong start to their reply.

For Uttar Pradesh, Tanmay Srivastava scored 45 off 148 balls with 7 boundaries, and the other opening batsman Samarth Singh was dismissed for exactly 50 off 101 balls. The two UP openers added as many as 80 runs for the first wicket. Even their No. 3 batsman, Umang Sharma got a start but failed as he could manage only 20 runs off 50 balls with 4 boundaries. However, their No. 4 man Sarfaraz Khan failed to make most of good batting conditions as he could manage only 4 off 15 balls with 1 boundary.

In the first innings, Gujarat scored a formidable 347 in 110.2 overs. Three of the Gujarat batsmen Samit Gohel, Priyank Kirit Panchal and wicketkeeper-captain Parthiv Patel registered identical scores of 60. Chirag Gandhi deserved a century, but he was dismissed for a fine 87, which came off 152 balls with the help of 13 boundaries and 2 sixes. 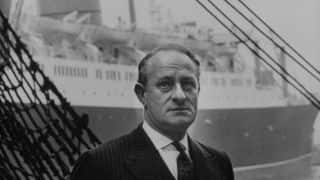