Ian Dev Singh, Shubham Khajuria and Parvez Rasool's half-centuries ensures Jammu & Kashmir have a 129-run lead over Himachal Pradesh in their Round 5 tie.

Jammu & Kashmir started their Day Three on 39 for 0 and ended their with a 129 runs lead at stumps against their match with Himachal Pradesh. Both teams are playing at the JSCA International Stadium in Ranchi in the Round 5 match of the Ranji Trophy 2016-17. Jammu & Kashmir batsmen made merry as many as three of the top four batsmen got to their half-century. Opener Shubham Khajuria and Ian Dev Singh struck a marathon partnership for the second wicket. The pair added 155 runs before Khajuria was snatched by Bipul Sharma for 86 runs. Full Cricket Updates Ranji Trophy 2016-17, Day 3, Round 5

Ian Dev continued his stay in the middle with Parvez Rasool, who played a quick fire innings. Both players added 31 runs before Ian Dev become Bipul’s second wicket. Ian Dev missed out a well deserved 100, departing on 99 off 172 balls. Rasool who played a captain’s knock was well supported by Puneet Bisht. Both Rasool and Bisht made 68 run stand for the fourth wicket. Rasool notched up his half-century and soon gave his wicket away for 68.

Bisht was then joined by Mithun Manhas, who looked solid and eager to score runs. Both Bisht (33*) and Manhas (18*) had added 33 crucial runs to hand their team a 129-runs lead going into stumps at 337 for 4 on Day Three. For Himachal, Bipul was the pick of the bowlers picking 2 for 88, while Rishi Dhawan and Akshay Chauhan had one wicket apiece.

Himachal, who were 58 for 2 on Day 2, were bowled out for 370. Aamir Aziz and Rasool shared seven wickets between them to bundle out the opposition. It was Paras Dogra and Rishi Dhawan s centuries that kept Himachal in command for most part of the day two. 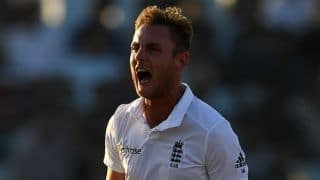