Odisha slightly move ahead in the table with to the sixth position with 12 points while Assam remain at the bottom with 8 points.

Assam who entered Day Four trailing by 158, took lead by six runs, which ultimately landed in draw against Odisha, with the latter leading by an innings in Round 6 of Ranji Trophy 2016-17. Rishav Das and Sibsankar Roy held fort for Assam early on Day Four. However, Odisha got the better of Assam with Dhiraj Singh grabbing wickets instantly. Assam were moving at slow rate and managed to build just six runs lead at the end of the day s play with Odisha posting mammoth total of 459 on Day Three. With double century from Govind Poddar and century from Biplab Samantaray, Odisha proved they were holding the edge against Assam. FULL Cricket Updates: Ranji Trophy 2016-17, Day 4, Round 6

Samantry scored 103 from 251 deliveries in the latter stage of the Odisha innings. Deepak Behera and Suryakant Pradhan remained unbeaten at 28 and 2 respectively, declaring the Odisha innings. Assam won the toss and opted to bat first as the wicket was supposed to help the batsmen in the initial stages of the game. Riding on a century from Kunal Saikia who scored 135 runs 309 balls, Assam managed to reach a total of 301 in their first innings. Arun Karthik also played a handful knock of 62 runs towards the end which helped Assam cross the 300 run mark. For Odisha, Basant Mohanty and Pradhan took 3 wickets each giving away 18 and 90 runs respectively.

Assam were easily bundled out after the wicket of Karthick, with the rest of the batsmen being cleared out for single digits. For Assam, Arup Das has been the best bowler as he has scalped 3 wickets for 60 runs. The player of the match was undoubtedly Poddar from Odisha for his splendid double century comprising of 21 fours and 2 sixes.

Odisha slightly move ahead in the table with to the sixth position with 12 points while Assam remain at the bottom with 8 points. 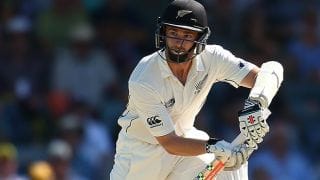