Madhya Pradesh slipped to 247 giving a huge lead of 131 runs which ultimately decided the fate of the match.

In Ranji Trophy 2016-17, Round 2, Day Four, Punjab got the better of Madhya Pradesh by 126 runs. Winning the toss on Day One, Madhya Pradesh chose to bowl and the opening day belonged to Punjab’s captain, Yuvraj Singh, and Gurkeerat Singh Mann with twin centuries to take their side to 378 in the first innings. Madhya Pradesh slipped to 247 giving a huge lead of 131 runs which ultimately decided the fate of the match. Manpreet Singh Grewal picked up six wickets and later again struck with four scalps to end the match with a ten-for and enable his side to a big win. ALSO READ: Odisha ease to victory against Saurashtra by 32 runs

Yuvraj’s 177 gave a solid platform to his side with an attacking innings which has made a statement in front of the selectors ahead of India’s five-Test series against England, starting in November 2016. Madhya Pradesh were never in the game after conceding a big lead as Punjab struggled but with Yuvraj’s another nonchalant innings of 76 bailed his team out while batting second. Nonetheless, on Day Four, Punjab’s bowlers were up for the challenge as they rattled Madhya Pradesh for 180 with only Shubham Sharma (37) and Devendra Bundela (32) being the only resistors from their side. 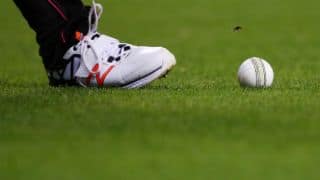 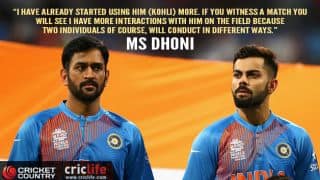