Vidarbha produced a commanding batting display to reach 254 for three on the opening day of the four-day Group B Ranji Trophy cricket match against Assam.

Thumba (Thiruvananthapuram): Ganesh Satish struck an unbeaten 93 while opener Sanjay Ramaswamy made 83 as Vidarbha produced a commanding batting display to reach 254 for three on the opening day of the four-day Group B Ranji Trophy cricket match against Assam on Thursday. Opting to bat after winning the toss, Ramaswamy and skipper Faiz Fazal (44) shared 68 runs for the opening wicket to lay the foundation for the total. Then Ramaswamy and Satish joined hands and the duo piled the misery on the Assam bowlers with a 131-run second wicket stand. Off-spinner Swarupam Purkayastha (3/86) picked up all the three wickets for Assam. LIVE Cricket Score Ranji Trophy 2016-17, Day 1, Round 3

In fact, it was Purkayastha who broke the dangerous-looking partnership between Ramaswamy and Satish. He also picked up the opening wicket of Fazal and Aditya Shanware. Ramaswamy faced 196 deliveries en route to his 83 and struck four hits to the fence, while Satish unbeaten 184-ball knock was laced with seven boundaries and one six. Assam used as many as seven bowlers but only Purkayastha was the one to taste success.

As India s senior team gets into a number of series lined one after another, the domestic circuit also gears up for the most important contest of the season, the Ranji trophy 2016-17. This is the 83rd season of the glorious tournament and has a lot of new elements in it. Chattisgarh, for the first time, will be taking part in the tournament taking the team tally to 28. The structure of the contest remains the same with the teams starting to play the preliminary rounds from October 6. Another new feature is that the matches will be held at neutral venues. A lot of discussions were laid down in this aspect but finally it was agreed to try neutral venues for this edition of Ranji Trophy. 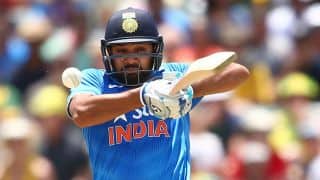