Bishal Ghosh top-scored for Tripura with 146 against Himachal Pradesh.

Centuries from Bishal Ghosh and wicketkeeper Smit Patel has put Tripura in firm control of the Ranji Trophy 2016-17, Round 3 match against Himachal Pradesh on Day Two at Kalyani. Himachal Pradesh in reply finished the day on 50 for 1, still trailing Tripura by a mammoth 499 runs going into Day Three. Patel could not add to his overnight score of 111 and was dismissed by Pankaj Jaiswal. Ghosh had already slammed a career best score of 146 on Day One to put his side in control initially. There were however last contributions with the bat as well. Skipper Maura Singh slammed a quick 84 and was well supported by Gurinder Singh, which eventually took Tripura to a massive 549. Jaiwal too finished with a couple of wickets to his name. Full Updates: Ranji Trophy 2016-17, Round 3, Day 2

Maura Singh was in the thick of action with the ball as well as he dismissed opener Priyank Chopra for a run-a-ball 9. Ankush Bains and Nikhil Gangta are the two unbeaten batsmen at the crease and will look to get Himachal Peadesh off to a good start on Day Three. It was a hard day on the field for Himachal Pradesh, but it was Mayank Dagar, who was the pick of the bowlers for them, finishing with 5 for 138 in his 43 overs. Himachal Pradesh have a strong batting line-up with the likes of Dagar, Robin Bist and Paras Dogra still to come. But all of them will have to bat extremely well, if they are to get anywhere close to Tripura s first innings total.

On Day One, it was Himachal Pradesh skipper Dhawan, who had wn the toss and invited Tripura to bat first.

Moving on to the match between Assam and Vidarbha at Trivandrum, there was no play possible as rain did not allow the play to begin. Vidarbha had reached 254 for 3 on the first day and could not add any further runs on Day Two. If the weather permits, day will resume on Day Three. Ganesh Satish and Ravi Jangid are the two unbeaten batsmen for Vidarbha, batting on 93 and 31 respectability. 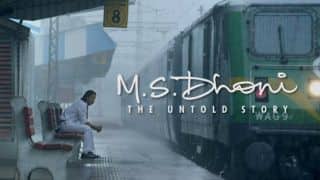