Gujarat s Samit Gohil played a blistering knock, as he scored a triple-century on Day Five of the ongoing quarter-final of the Ranji Trophy 2016-17, against Odisha.

Gujarat s Samit Gohil played a blistering knock, as he scored a triple-century on Day Five of the ongoing quarter-final of the Ranji Trophy 2016-17, against Odisha. Gohil, who was unbeaten at 261 at stumps of Day Four, continued his stellar show despite losing wickets at the other end. He reached the landmark by scoring a staggering boundary. This is the 40th triple-hundred in the history of Ranji Trophy and fifth of this season the most in a season. The other batsmen who hit triple-tons this year are Swapnil Gugale (Maharashtra), Rishabh Pant (Delhi), Sagun Kamat (Goa) and Priyank Panchal (Gujarat).

With this triple ton, this becomes the third instance when two triple-hundreds came from a same team in the same season. The last time it happened was when Ravindra Jadeja smashed two triple-tons for Saurashtra in the 2012-13 season. Tamil Nadu s Woorkeri Raman and Arjan Kripal Singh had scored triple-tons in the same innings in the 1989-90 season. With Gohil s knock, Gujarat take a mammoth 600-plus lead. Gohil now became only the second triple-centurion for Gujarat first being Panchal (314*). Gujarat have had a remarkable season in term of records. Panchal went past Ajinkya Rahane, becoming only the sixth highest run-scorer in a season.

Gujarat s first innings was ordinary with Chirag Gandhi and Rush Kalaria contributing in the lower-middle order to take the score to 263. Odisha were bowled out for 199, courtesy a 5-for from Jasprit Bumrah. Gujarat batted again to put up the massive score. Panchal s 81 was another handy contribution apart from Gohil s knock. 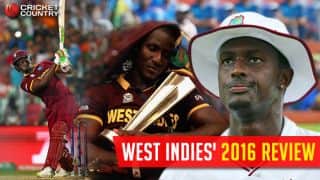 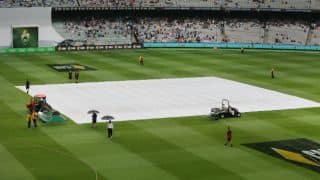