The Ranji Trophy 2016-17 has reached the business end of the tournament with the knock-out stages being started from Friday. Four knock-out games are being played between eight teams and today is a very crucial day in every game. Mumbai is crossing swords with Hyderabad at Raipur, Gujarat locking horns with Odisha at Jaipur, Karnataka face off Tamil Nadu at Visakhapatnam while Jharkhand taking on Haryana at Vadodara. Interestingly, the high-voltage encounter between Tamil Nadu and Karnataka has already concluded a result with the former being the first team to sculpt a spot in the semi-finals. The live cricket streaming of the second day of the Ranji Trophy 2016-17 quarter-finals will be available on Hotstar, while the live cricket telecast of the match will be available on Star Sports 1 and Star Sports HD1.

Tamil Nadu came out fighting and secured a berth in the semi-finals after beating star-studded Karnataka side by seven wickets. Gujarat are well-placed in the game against Odisha after posting263 on the board. Odisha are in hot water at 184 for 8 and are still trailing by 79 runs. Jharkhand, on the other hand are in a comfortable position and look good to gain a healthy first innings lead. The encounter between Mumbai and Haryana is evenly poised as Haryana are 167 for 3 is response to Mumbai s 294.

Day Three of all the games is expected to be intense as all the four teams will come out fighting. Check out the live streaming on aforementioned links and enjoy the games. 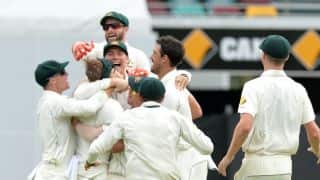 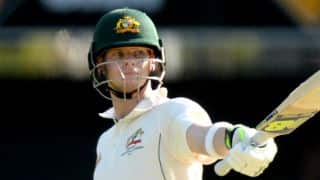