Jaipur (PTI) A confident Bengal side is hopeful of posing a strong challenge for an under-pressure Uttar Pradesh, who will be without their skipper Suresh Raina, in a Ranji Trophy group league encounter starting here tomorrow. While it will be the opening match for Bengal, Uttar Pradesh would ideally like to pick up pieces after their humiliating innings and 63-run defeat against Madhya Pradesh in their opening game in Hyderabad. For UP, Raina’s absence will affect them especially after a stinging loss. The left-hander was down with viral fever and could not bat in either innings and now he is back in national duty for the ODIs against New Zealand.

“I wouldn’t say it’s great advantage but a bit of psychological edge that Raina will not be there. Also UP had lost their first match which means they are under a bit of pressure. I am confident that our team would be able to execute the strategy that we have planned for this match,” Bengal captain Manoj Tiwary told PTI today.

Opening combination has been a perennial worry for Bengal skipper and he is expecting that the pair of Abhimanyu Easwaran and Sayan Sekhar Mondal will do the job for the team.

“We tried Sayan as an opener last year and in a few matches that he played at the top of the order, he looked confident. Abhimanyu has been a good performer for us. So I am expecting that there will be lesser worries as far as top slots are concerned. In the middle-order, a lot will depend on myself and Sudip (Chatterjee). Sudip has now got enough experience and is a match-winner in his own right,” he said. On a personal front, Manoj is only focussing on Ranji Trophy and not looking too far ahead.

“Look, you play the game because you want to play for the country. I believe I still have age on my side. But I am not at all thinking about any of these things. Right now, the focus is to do well. First get to the knock-out stage and then think about lifting the trophy,” the 30-year-old said. The third player in the middle order will be Pankaj Shaw, who had a decent last season.

The wicketkeeper’s gloves will be donned by Shreevats Goswami while it will be Ashoke Dinda and Veer Pratap Singh, who will be sharing the new ball. Amir Gani will be the spin bowling all-rounder while Pragyan Ojha, the lead spinner.

The only slot that will be up for discussion is likely to be whether to go with additional spinner in Writtick Chatterjee or go with new ball bowler Ayan Bhattacharya. 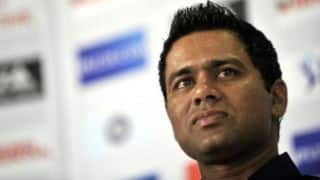 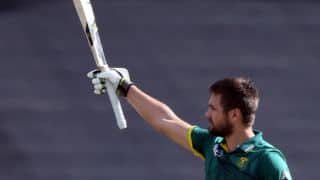