In Australia, Alastair Cook is facing the heat after every England defeat in the 2017-18 Ashes. Questions are being raised in relation to his spot. To fan the fire, Cook averages a mere 13.83. Approximately 7,173 kilometers away from all this, another senior batsman is leading from the front in the first semi-final of India’s premier domestic tournament, at Pune. Riding on Gautam Gambhir‘s unbeaten ton, Delhi bossed Day Two against Bengal. They finished at 271 for 3 at stumps in the 2017-18 Ranji Trophy semi-final.

Bengal resumed at 269 for 7. Shreevats Goswami was their only one who could take them past 300. That did not happen. Bengal added only 17 runs to their overnight score. Navdeep Saini ended with 3 wickets while Kulwant Khejroliya and Manan Sharma chipped in with two each.

In reply, the Delhi openers Gambhir and Kunal Chandela had a task to negate Ashok Dinda and Mohammed Shami. The Bengal duo had accounted for 48 out of 94 scalps for the side in the group stages. However, Dinda had an off day. He conceded runs at regular intervals, and Shami wasn’t at his best either.

With no Plan B in place for Bengal, Gambhir and Chandela registered a double-century stand. They complimented each other and scored at a brisk rate. Chandela, on the back of successive fifties in the quarter-final, finally converted a start into three figures. Gambhir, on the other hand, had missed out on a hundred during Madhya Pradesh’s demolition; he made the most of the opportunity on Monday.

Chandela lost concentration on 113 against the run of play. Boddupalli Amit got the first breakthrough. Bengal staged a comeback in the fag end of day’s play. They were delighted to see the back of Gambhir. Shami got the prized scalp on 127. Bengal, however, have a job in hand on Day Three.

Delhi would fancy a lead of over 150 with 7 wickets in reverse. 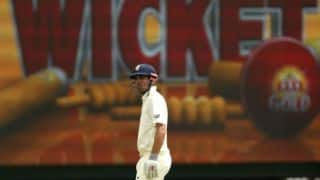 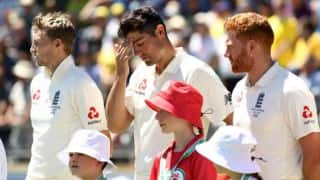