Beginning the day at 200 for 7, Madhya Pradesh posted 260, thus securing a lead of 55. Ishwar Pandey s 47 was instrumental in pushing Madhya Pradesh beyond the 250-run mark. The onus fell on the bowlers, and Hirwani and Sharma romped through Tripura s batting line-up. After bowling out Tripura for 103 in 44 overs, Madhya Pradesh required only 49 to win.

Man of the Match: Harpreet Singh.

At Mumbai: An evenly poised game saw Tamil Nadu edge ahead of Mumbai. Yo Mahesh s unbeaten 103 saw them taking a first-innings lead of 76. Baba Indrajith top-scored for Tamil Nadu with 152. He added 52 with Mahesh after Ravichandran Ashwin and N Jagadeeshan fell cheaply. However, Tamil Nadu lost Indrajith before lunch, and were still behind by 29. Then Mahesh loosened his arms. He brought up his maiden First-Class century while a patient Rahil Shah playing second fiddle.

In response, Mumbai lost their first-essay centurion Prithvi Shaw. However, Shreyas Iyer covered the deficit, bringing up an unbeaten 58-ball 56 along with Akhil Herwadkar (24*). The innings will provide Iyer with much-needed confidence before India s T20I series against New Zealand. Their unbeaten 79-run stand left Mumbai leading by 9 runs.

At Vizianagram: Andhra had probably eyed an outright win after putting up 584. However, Odisha kept them at bay courtesy skipper Govinda Poddar s 111 and Subhranshu Senpati s 91. Then they lost wickets and were reduced to 294 for 6. They now trail by 290.

Odisha looked in good stead despite losing their openers on Day Two. Then Poddar and Senapati added 185. The two batsmen were scalped in span of two overs by KV Sasikanth and Bhargav Bhatt. Bhatt claimed three wickets while Sasikanth ended with 2. 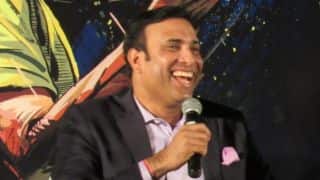