Kerala were the only side from Group B to perform well with the bat. After losing Vishnu Vinod in the very first over, Jalaj Saxena and Rohan Prem held the fort and added 164 runs for the second wicket.

Gujarat vs Jammu & Kashmir at Surat

Jammu & Kashmir squandered big time after their openers laid a solid foundation. Ahmed Bandy and Shubham Khajuria scored fifties and added 99 runs together for the first wicket. The stage was set, and all Jammu & Kashmir had to do was carry forward the good work. However, Piyush Chawla, Gujarat s new entrant, ran through Jammu and Kashmir s batting and ended the day with figures of 5 for 47.

Captain Parvez Rasool could not continue his batting form from the previous encounter, adding a mere 4 runs. It was Puneet Bisht s 29 runs lower down the order that provided some resistance in the second session. Jammu & Kashmir are 184 for 8 in 60.3 overs as stumps were taken early due to rain.

Jharkhand vs Haryana at Ranchi

After electing to bat first, Haryana slumped to 208 in 75.4 overs. Jaskaran Singh and Sunny Gupta took 7 wickets combined to rock the Haryana batting on the opening day. Their case was similar to Jammu & Kashmir s. The top four batsmen added 158 runs between them, but the rest cascaded in a mere 50 runs of which 25 runs were scored by No. 9 Ajit Chahal.

In reply, Jharkhand scored 14 for 0 at the end of day s play.

Both teams are at the bottom of Group B table. However, Haryana have played only a match. If they manage to outfox Jharkhand and win the match from here, they will jump up. Jharkhand, on the other hand, have already lost one match. Another defeat would dent their confidence.

Kerala vs Rajasthan at Thiruvananthapuram

Kerala were the only side from Group B to perform well with the bat. After losing Vishnu Vinod in the very first over, Jalaj Saxena and Rohan Prem held the fort and added 164 runs for the second wicket. However, despite finding their feet, both failed to convert their starts in three-figure marks. Saxena was stumped for 79, while Prem was trapped lbw for 86. At the crease are Sanju Saxena 25* and captain Sachin Baby 38*.

Pankaj Singh, Rajesh Bishnoi, and Mahipal Lomror were the only wicket-takers, as Kerala ended Day One at 232 for 3. 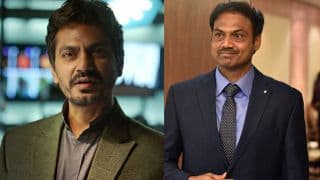 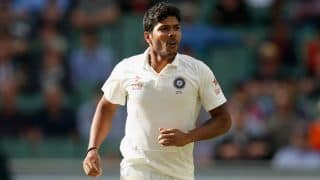