Mohammed Shami featured in only one match in the recently-concluded India versus Australia ODIs.

India speedster Mohammed Shami is all set to play for Bengal in their opening round Ranji Trophy 2017-18 encounter against Services, starting October 6. Shami, who was part of the Indian ODI team has not been picked for the three-match T20 series, which opened the window for him to represent his state side. With wicketkeeper-batsman Shreevats Goswami picked for India A ODIs against New Zealand, Shami will be his direct replacement. With Wriddhiman Saha in the team, Bengal does not require a back-up keeper as of now.

“Since Shami has not played much cricket during the past three weeks save the lone ODI, he is fit and fresh. He is a certainty for the New Zealand ODIs but a couple of Ranji games will certainly give some much required game time,” a BCCI official privy to selection matters told PTI today.

Shami is expected to join Bengal practice on Wednesday. The pacer featured in only one ODI in the recently-concluded five-match series against Australia. He remained wicketless conceding 62 runs in 10 overs. 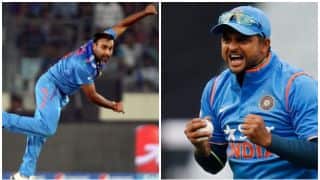 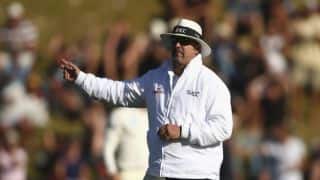