Mumbai will take on a strong Tamil Nadu in a crucial Ranji Trophy Group 'C' encounter from Tuesday.

Mumbai: Mumbai will take on a strong Tamil Nadu in a crucial Ranji Trophy Group ‘C’ encounter from Tuesday at the MCA Sharad Pawar Cricket Academy Ground in Bandra Kurla Complex with both the teams eyeing strong performances and maximum points. While the host got three points from its opening game against Madhya Pradesh, Tamil Nadu has four points from two drawn games against relatively weaker sides in the group (Andhra Pradesh and Tripura). Up against a Mumbai, bolstered by the return of Aditya Tare, Shreyas Iyer, who has earned a call-up to the India T20 team, talented youngster Prithvi Shaw and Dhawal Kulkarni, Tamil Nadu needs to be at its best and hope the big guns, including Test all-rounder R Ashwin and opener Murali Vijay get going. Ranji Trophy 2017-18: Vijay, Ashwin return for TN against MUM

Mumbai captain, Tare, on Monday said the Tamil Nadu side had a strong batting line up. Also, the game is expected to a cracker of a contest with he Mumbai batters up against the wily Ashwin. Vijay, who returned to the India Test squad, is also expected to play for Tamil Nadu after missing the previous game owing to a neck spasm.

“It’ll be a good game. It’ll be two good teams playing against each other. Both the teams have powerful batting line-ups. We see a lot of left-arm spinners in the Ranji Trophy, but we normally don’t play against genuine off-spinners. We have called a lot of offies to come and bowl at us at the weekend. We’re quite well-prepared for it,” Tare told reporters. Ashwin s presence great learning curve for TN spinners

He said it was not new for the Mumbai players to face Ashwin. “A few of us have played him [Ashwin] in the IPL. He played against us in a one-day game two years back. So it’s not that we’re new to Ashwin. He’s obviously a terrific Test bowler. It’s going to be a quality contest between Ashwin and our batters,” said Tare.

Meanwhile, Tamil Nadu skipper Abhinav Mukund said that Ashwin added value to his team. “Him [Ashwin] being in the side actually very big value addition and you can always relay on to him to come up with something special considering the amount of wicket his taken at the international level,” said Mukund.

“They got couple of their A players coming back and we got Ash [R Ashwin] and Murali Vijay,” quipped Mukund. Also, Tamil Nadu would be boosted by the return of all-rounder Vijay Shankar and B Aparajith, who were part of the India ‘A’ team for a series against New Zealand ‘A’. The game assumes significance for TN as it could not post wins, as expected against AP and Tripura and would have to post strong results if it has to advance to the knockout stage.

The two teams have met on several occasions previously with Mumbai more often than not coming out on top. The side led by Mukund, who has been dropped from the Test team to face the visiting Sri Lankans, would have to rise to the occasion in the away clash. Mumbai did well to get the first innings lead against MP despite missing several of their leading lights and would look to continue the good work against a formidable rival. 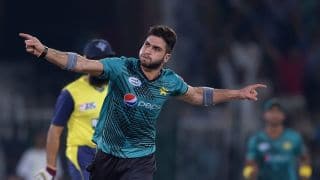