Vidarbha, after a shaky start to their quarter-final fixture, staged a brilliant comeback to post a 412-run victory over Kerala and proceed to the semi-finals of Ranji Trophy 2017-18.

Vidarbha, after a shaky start to their quarter-final fixture, staged a brilliant comeback to post a 412-run victory over Kerala and proceed to the semi-finals of Ranji Trophy 2017-18. At the Lalabhai Contractor Stadium , Surat, Vidarbha chose to bat and were bundled for 246 in the first innings. They followed it up with excellent bowling performance, bowling out Kerala for 176. Their batting was commendable in the following innings as they posted a target of over 500 runs for Kerala with less than three sessions remaining. Kerala collapsed for an even smaller score of 165 in the final innings to hand Vidarbha a victory.

Wicketkeeper-batsman Akshay Wakhare was the only half-centurion in the first innings as his namesake, KC Akshay ran through Vidarbha’s batting line-up with his 5 for 66. However, Kerala could not bat well too, as none of their batsmen reached the landmark of fifty runs in their team effort of 176. Rajneesh Gurbani emulated Akshay, taking as many wickets. Vidarbha took the first-innings lead.

Faiz Fazal and Apoorv Wankhade’s twin tons then set the ton for Vidarbha’s comeback into the crucial fixture. Though Akshay took 4 more wickets in the innings, it barely helped Kerala as Vidarbha piled on 507 for 9 upon declaration, setting them for 578 to win.

Though Salman Nizar showed good defense and batted throughout most of Kerala’s innings, Aditya Sarwate’s 6-for did not let a partnership build during Kerala’s innings. They were bundled for 165, with Nizar being the only half-centurion and the fourth batsman to have registered a double-digit score. 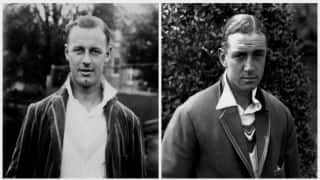