Saha and Rahul were run out on 97 and 92 runs respectively.

The final day of Round 5 of the 2017-18 Ranji Trophy played out exciting cricket for one and all. Some matches went to the wire, some were one-sided contests, while some ended in dull draws. It was a good outing for India Test stars, in particularly Wriddhiman Saha and KL Rahul. Let us a peek into what all transpired on the last day.

Wriddhiman Saha: Saha, looking to regain lost form, came in with Bengal in a tough position. He reached fifty in 60 balls, scored a brisk 60-ball 50. He was unfortunately run out for a counterattacking 97, an innings that took only 116 balls. It was the only saving grace for his side barring Sudip Chatterjee s 82.

Ravindra Jadeja: Jadeja was economical with the ball, giving runs at 2.15 an over. He did manage to scalp one wicket.

Ajinkya Rahane: Rahane managed to hold off Baroda bowlers for 134 deliveries. He played quite a slow innings that included 4 fours in his 45. Along with Suryakumar Yadav and Siddhesh Lad, Rahane helped Mumbai gain a crucial point.

KL Rahul: With one eye on the Test series against Sri Lanka, Rahul came out with all guns blazing. He scored 92 in 109 balls before getting run out.

Manish Pandey: Pandey was in the thick of things for Karnataka. He remained unbeaten on 34 and added 61 for the third wicket with Karun Nair. 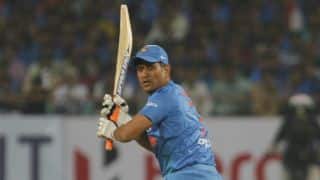 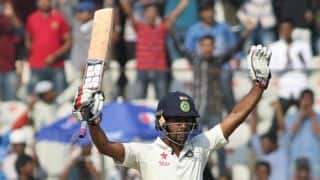