At Ongole: Mumbai were 20 for 2 at one stage. Jay Bista and Shreyas were back in the pavilion. Suryakumar Yadav gave his all to survive Andhra’s spectacular bowling, but Bandaru Ayyappa had him caught behind. At the crease, fighting against all odds, was the 18-year-old Prithvi Shaw. He scored his fifth First-Class century. Captain Aditya Tare pushed himself down the order, letting Siddhesh Lad take centre stage. Along with Prithvi, Lad added 125 for the fourth wicket.

At Indore: After putting Madhya Pradesh to bat first, Tamil Nadu removed half their side for 63. Amidst the downfall, wicketkeeper-batsman Ankit Dane and Ankit Sharma led the resurgence. They added 120 for the sixth wicket, lifting the score to 187 for 6.

Krishnamoorthy Vignesh took 3 for 27 while M Mohammed and Washington Sundar scalped 2 wickets each.

At Vadodara: Baroda was the only team whose batters did not disappoint. Openers Kedar Devdhar and Aditya Waghmode stitched up 152 runs for the opening stand. Although Waghmode departed after scoring a fine half-century, Devdhar accumulated his 7th First-Class hundred. Captain Deepak Hooda joined the carnage, piling 51 off 67. 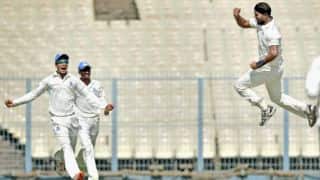 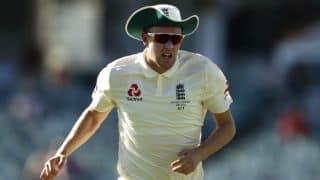