Delhi and Maharashtra are placed at the second and third spot in Group A points table.

At Hyderabad: After Hyderabad were asked to follow-on, the clash against Delhi ended in draw with the latter earning three points for first-innings lead. Hyderabad ended their second-innings at 442 for 8. Rohith Rayudu and Akshath Reddy slammed twin centuries.

Hyderabad managed to frustrate Delhi starting the fourth and final day at 233 for 2. Although Vikas Mishra tried halting Hyderabad s momentum, Bavanaka Sandeep s 93 turned the tables around. Since his dismissal, none of the batsmen could replicate their top-order batsmen performance. However, Saaketh Sriram s gritty 48-ball 35 at the tail-end kept Hyderabad in hunt.

Mishra ended with tally of 9 wickets in the match and was adjudged Player of the Match.

Man of the Match: Vikas Mishra

Mayank Agarwal s second ton assisted Karnataka put up 275 for 4 on board, stretching the lead to 376. Railways did get the starts from the top and middle-order. However, the lower-order failed to dig deep and hold the momentum. Pratham Singh top-scored for Railways with 91-ball 36. However, Gowtham s figures of 7 for 72 turned the game in favour of Karnataka.

But it was Agarwal who was adjudged Man of the Match for his fifth consecutive fifty in this championship and leading the table of highest run-scorer with tally of 1,064 runs at 133.

Man of the Match: Mayank Agarwal

At Pune: Player of the Match, With the win, they ended their campaign in Ranji Trophy 2017-18 at the third spot in the points table.

Assam were cleaned before lunch. Pradeep Dhade and Nikit Dhumal shared 9 wickets to bundle Assam for 189. Chasing target of 216, Maharashtra lost Ruturaj Gaikwad and Chirag Khurana in succession. They were 118 for 3 at tea. Then Shaikh and Ankit Bawne (52*) helped Maharashtra earn 6 points.

Man of the Match: Naushad Shaikh 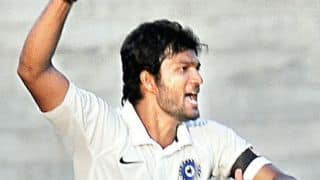 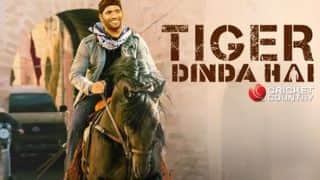