Vidarbha and Karnataka put up close fight for the final spot on Day Four of Ranji Trophy 2017-18 semi-final. Vidarbha, posted a 198-run target for Karnataka and reduced them to 111 for 7 at stumps.

The Ranji Trophy 2017-18 semi-final between Vidarbha and Karnataka has left everyone gaping after Day Four. Vidarbha posted a 198-run target for Karnataka and reduced them to 111 for 7 at stumps. Rajneesh Gurbani bagged four wickets as batting heavy Karnataka collapsed eyeing a par target. At the crease are Shreyas Gopal (1) and Vinay Kumar (19). Karnataka remain 87 runs away from victory with 3 wickets and a day in hand.

Vinay Kumar and Stuart Binny bagged 3 wickets each as Karnataka restricted Vidarbha at 313. Vidarbha lost 2 wickets in quick succession, in Ganesh Satish and Akshay Wadkar. Aditya Sarwate then anchored the lower-order batting, scoring a half-century and taking the team score past 300.

Umesh Yadav drew first blood, dismissing the in-form Mayank Agarwal for 3. He got Agarwal in both innings and restricted him from playing big knocks. Siddhesh Neral struck twice to unsettle the partnership building between Ravikumar Samarth and Dega Nischal, sending both batsmen back.

Karun Nair and CM Gautam brought some stability to the innings and formed a brief yet crucial partnership of 41 runs. But the could not convert their patient start into a match-winning partnership, undone by Gurbani. Gurbani ran through the middle order, also picking up the wickets of experienced Binny and Krishnappa Gowtham. Skipper Vinay Kumar held fort till stumps as Karnataka’s batting crumbled and will be expected to show temperament as the team stands 87 runs away from the final berth. 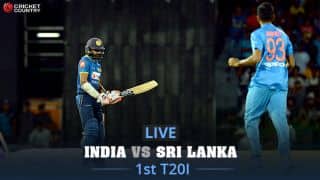 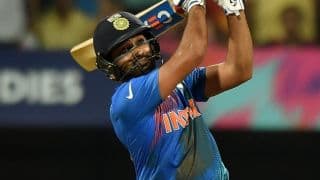