Ranji Trophy 2017-18 to makes its debut in Dehradun

Ranji Trophy 2017-18 to makes its debut in Dehradun

The picturesque capital Dehradun of Uttrakhand will host its first ever Ranji Trophy cricket match later in October, an official said on Tuesday.

Dehradun: The picturesque capital of the hill state will host its first ever Ranji Trophy cricket match later in October, an official said on Tuesday. The approval for the match has come after a no objection certificate (NoC) from the Board of Cricket Control in India (BCCI). The Ranji Trophy match will be played between October 24-27. A BCCI team had recently visited the Rajiv Gandhi International Stadium and had made some suggestions for charges and corrections, an official informed while adding that they have been complied with, thus enabling the match. Among other suggestions, the BCCI had asked authorities of the stadium to increase the size of the side-screen at the stadium.

The match would be played between Maharashtra and Uttar Pradesh teams. With the clearance for holding of the match, cricket enthusiasts here are excited. Necessary security arrangements are being rolled out as well, an official said. 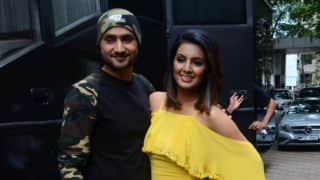