Baroda s very own Pathan Brother s Yusuf and Irfan set the tone for the day 3 of the Ranji Trophy 2017-18.

Day Three of the Ranji Trophy 2017-18 saw quite contrasting matches being played across various states. While some matches were a drag, others like the one involving Uttar Pradesh and Railways went down to the wire. Baroda s very own Pathan Brother s Yusuf and Irfan set the tone for the day. There were many batting master-classes on display in the 10 matches that were on offer today.

Let us have look into how the various Indian players fared.

Yusuf Pathan known for his big hitting played a rather uncharacteristic knock. Coming in at 5 for 2, Yusuf steadied ship along with Pinal Shah. After Shah s wicket he took onus and milked the opponent bowlers for runs. He reached his 50 in 60 balls. He continued to assault bowlers reaching his 100 in 113 balls inclusive of 12 fours and 5 massive sixes.

He too followed his brother back in the pavilion on 111.

Irfan Pathan, who has been fighting to get a place in the Indian side, played a sturdy knock. His partnership with brother, Yusuf was instrumental in making Baroda s innings stable. Much like, Yusuf, Irfan once got his eye in, took the aerial route more often than not.

He like his older brother reached his fifty in 87-balls. Irfan could not emulate Yusuf’s feat and fell for 80 to end the 188-run stand.

Mohammed Shami continued to have a poor day in the field. He was most taken for runs in his 23 overs. His only wicket came on day 2.

Ishan Kishan who is looking to make his name in the domestic circuit had another poor outing with the bat. His played for 56 balls to fall for 14 runs.

Gurkeerat Singh Mann, Punjab s most dependable batsmen in the past editions was expected to rise today. To an extent he did managed to live up to the expectation, but the pressure of 729 runs on the board by Himachal Pradesh was too much.

Murali Vijay tryst with injuries continued. Batting on 13, Vijay twisted his ankle and looked in much pain. He retired hurt soon.

Suresh Raina played a lone hand in Uttar Pradesh sorry second innings. Needing 94 to win, UP kept in losing wickets to some good bowling and quite a few poor shots. Raina fought hard in the middle making a 44-ball 29. However, Railways skittled out UP for 72! UP went on to lose the match by 21 runs.

Parvez Rasool known to be astute batsman for Jammu & Kashmir proved his worth yet again. Rasool played a handy knock to help his team gain crucial first innings lead against Team Rajasthan.

His fifty came in 62-balls. He fell close for an agonising 97. 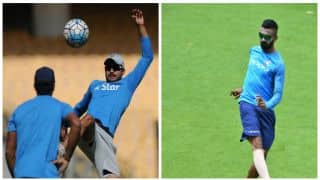 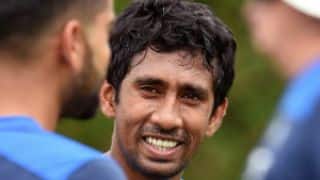