On 257/4 four when play began on Sunday, hosts Uttar Pradesh marched on to a huge total with Garg moving from 113 to his maiden double-hundred. The 18-year-old faced 371 balls and hit 23 fours and a six. Rinku s 149 needed 181 balls and featured 17 fours and one six.

Their innings fared poorly, with four wickets falling in 11 overs. Ankit Rajpoot took two wickets, Imtiaz Ahmed one and there was a run out in the fifth over. 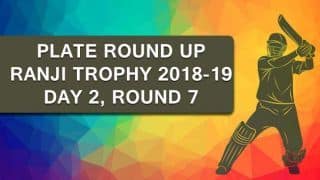