A career-best innings from batsman Abhimanyu Easwaran formed the spine of Bengal’s first-innings total of 336 against Hyderabad.

A career-best innings from batsman Abhimanyu Easwaran formed the spine of Bengal’s first-innings total of 336 against Hyderabad during the second day of their Round 6 tie of the 2018-19 Ranji Trophy fixture at the Rajiv Gandhi International Stadium in Uppal on Saturday. In reply, Hyderabad were one wicket down having scored 20 at stumps, behind by 316.

Easwaran was the only significant scorer for Bengal as wickets tumbled around him. He scored 17 boundaries and one six and overhauled his previous-best of 150. Barring him, Anustup Majumdar chipped in with 32 and Sahabaz Ahmed contributed with 27. For Hyderabad, Ravi Kiran was the pick of the bowlers finishing with four wickets and returning figures of 4 for 46. Chama Milind and Tanay Thyagarajan picked up two wickets each.

Hyderabad suffered a big blow in the third over of their innings when skipper Akshath Reddy was removed by Ashok Dinda for 1. Tanmay Agarwal and Rohit Rayudu saw off the remaining six over left in the day to take the score to 20 without suffering any further damage. 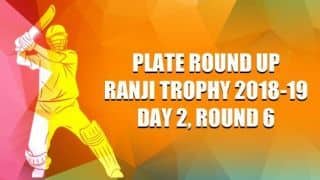 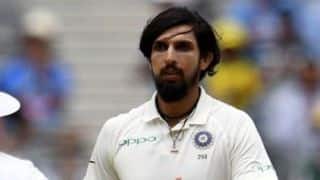 On no balls, Ishant takes jibe at Australian media