Lead Delhi pacer Navdeep Saini remains unavailable as he is in New Zealand on India A duty.

New Delhi: The Group B match between Delhi and Punjab, beginning on Wednesday, will see Yuvraj Singh playing his first match of the Ranji Trophy 2018-19.

Rising star Shubman Gill will not be playing the game as he is with the India A team in New Zealand.

Like Punjab, Delhi too would be aiming for their first win of the season, having drawn their matches against Hyderabad and Himachal Pradesh. The Nitish Rana-led side will be disappointed after conceding the first innings lead in the away tie against Hyderabad.

Senior player Gautam Gambhir, who had missed the Hyderabad game due to injury, is set to return for the home game. Lead Delhi pacer Navdeep Saini remains unavailable as he is in New Zealand on India A duty. Gambhir’s presence will lend much needed solidity to the batting line-up which faltered against Hyderabad.

ALSO READ: As long as I m there, no quota system will be entertained in J&K cricket, says Irfan Pathan

Opener Hiten Dalal, Lalit Yadav and skipper Rana missed out on scoring big hundreds which could have helped the team overcome Hyderabad’s first innings total of 460. Dhruv Shorey, who began his season with an 88 and 106 not out against Himachal, did not fire in Hyderabad. 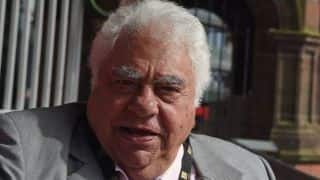