Jharkhand bowlers held their nerves as they guided their team to a nail-biting two-run win over Odisha.

Jharkhand bowlers held their nerves as they guided their team to a nail-biting two-run win over Odisha in the Elite Group C Ranji Trophy game here Sunday.

Subransu Senapati played a valiant unbeaten knock of 157 off 321 balls for the visitors, farming the strike beautifully in the company of the last two batsmen, but failed to take his team past the finishing line.

Chasing a stiff target of 260, Odisha were reeling at 8-154 when Senapati stitched two crucial partnerships with number 10 Basant Mohanty (4 off 38 balls) and number 11 Dhiraj Singh (7 off 43 balls) to take his side on the cusp of a memorable win.

But experienced pacer Varun Aaron (2-57) cleaned up Dhiraj Singh to dash off Odisha’s hopes as Jharkhand registered a heart-stopping win after conceding the first innings lead at the JSCA International Stadium.

For the hosts, Anukul Roy (4-51) was the main wicket- taker who was ably supported by Aaron, Rahul Shukla (2-43), Ashish Kumar (1-36) and Rahul Prasad (1-64). Senapati held the fort from one end but fell short of partners. However, he was adjourned as the Man of the Match.

The close match brought back memories of the unforgettable 1991-92 final at the Wankhede Stadium in Mumbai when Kapil Dev’s Haryana managed victory by a similar margin against Mumbai to lift the Ranji Trophy. 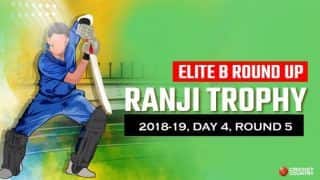 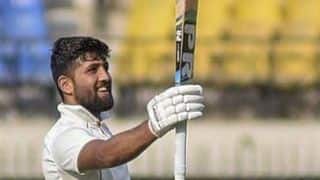