Karnataka have been boosted by the return of Mayank Agarwal, who picked up a thumb injury on the Australia tour and missed out in the quarters.

Karun Nair has had a stop-start season in the Ranji Trophy 2018-19 season so far where a finger injury limited his run-scoring to 200 at an average of under 30. Karnataka, who qualified for the semi-finals after a tense six-wicket victory against Rajasthan in the quarter-finals, face Saurashtra at the M Chinnaswamy Stadium in Bengaluru on Thursday.

The 27-year-old Nair is eager is make a significant contribution. For me it’s important to be able to contribute to Karnataka and like the last game if I can contribute I am happy, Nair told CricketNext on Wednesday. (ALSO READ: Kerala spearhead Sandeep Warrier comes out of the shadows of his IPL team-mates)

It’s about getting those chances and when they come by you have to make it count. All I can do is prepare well and look forward to the game and just do my bit in every sense and work hard. Study their bowlers and see how the other team is doing.

While Karnataka have been boosted by the return of Mayank Agarwal, who picked up a thumb injury on the Australia tour and missed out in the quarters, Saurashtra s batting line-up received a major fillip with Test specialist Cheteshwar Pujara s inclusion.

See in knockout games form goes out of the window and it’s about playing according to the situations, Nair said.

We can’t just look at one person, we need to get all 20 wickets if want to win. It’s all about seizing the important moments and making sure we come out on top. We need to go out there and play to our strengths and potential. If we do that we can beat any team in the country. (ALSO READ: Highest successful run-chases in Ranji Trophy history)

The only thing I’m focused on is winning and contributing to Karnataka and that’s the plan and not any further. One needs to go game by game and give a 100 per cent at every opportunity. Hopefully in the bargain if I can win games for my team and trophies I’ll be really happy.

Karnataka, who were 56/4 at one stage chasing 186 for victory in the quarters, were helped to the target courtesy, Nair and captain Manish Pandey. (ALSO READ: Kerala s march to semi-finals nothing short of a miracle – Sachin Baby)

Manish made batting easy for me by taking on the bowlers and I simply told myself that I have to keep batting through at the other end. The counter-attack also changed the minds of the bowlers and they were looking to save runs first, Nair said. 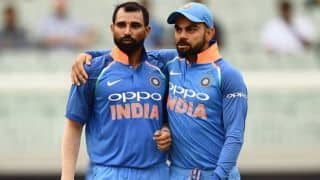 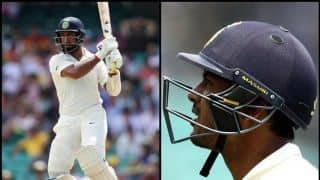