Manipur bundled out Mizoram for 116 in the second innings and then chased down a target of 16 runs for the loss of two wickets to take home six points in Round 3 of the Ranji Trophy 2018-19 on day three at  DSA Stadium, Jorhat on Thursday.

Mizoram, who had conceded a lead of 100 runs to with Manipur’s Yashpal Singh scoring an unbeaten 156 to lead his team to 319 started day three at 34/0 but lost all of their ten wickets for just 82 runs with Th Kishan claiming 4/20 and Bishworjit scalping 3/27.

Mizoram’s in-form player Taruwar Kohli was taken by Kishan for two. Hruaizela top-scored with 28 while the next best score came from Extra – a total of 26 runs, including 17 byes.

In reply, Manipur missed out on the bonus point when Lakhan Arjun Rawat was trapped in from for 0 in the fourth over by Moia. Two overs later, Priyojit K departed for 1 to HM Ralte. Bonny Chingangbam (9*) and Prafullomani (8*) then took their team home.

Earlier on day two, Manipur, who started the day at 54/3 were buoyed for a 125-run stand between skipper Yashpal and Prafullomani. Moia broke the partnership claiming Prafullomani for 51 but Yashpal motored along and found good support in Jayanta (19), Homendro (22) and William (21). Yashpal went on to score his 20th first class century and led Manipur to 319 runs, taking a lead of 100 runs.

In reply, Mizoram reached 34/0 at stumps on day two with Akhil Rajput not out on 16 and Mikal unbeaten on 8. 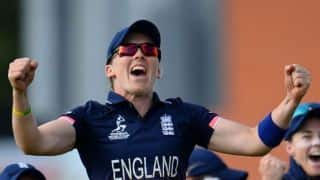 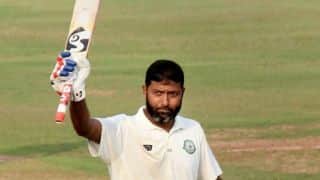 If I feel I am becoming a burden, I will pack my bags: Wasim Jaffer