Starting day three at an overnight, 559/6, Vidharbha extended the total of 629 before being bowled out

Vidarbha more or less seemed to have booked their semi-final berth in Ranji Trophy 2018-19 season after taking a commanding position over Uttarakhand on Friday at the Vidarbha Cricket Association Stadium, Jamtha, Nagpur. (ALSO READ: Saurashtra steady in chase of 373 vs Uttar Pradesh)

Starting day three at an overnight, 559/6, Vidharbha extended the total of 629 before being bowled out. Aditya Sarwate, who was unbeaten on 57 the previous day scored his second first class hundred before departing to Sunny Rana for 102. (ALSO READ: Manish Pandey and Karun Nair lead Karnataka into semis)

In reply, Uttarakhand openers Vineet Saxena and Karanveer Kaushal had a steady start combining for a stand of 72 runs for the opening wicket. Saxena, the stand-in skipper, made 27 off 114 balls before he has tra pped in front by Umesh Yadav.

Yadav then got rid of Vaibhav Bhatt for a 11-ball duck. Kaushal got to his second First-Class fifty before departing for 76 off 137 balls to Aditya Sarwate. Sarwate then added the scalp of Vaibhav Panwar for just eight, as Uttarakhand slumped to 152/5, still trailing Vidharbha by 122 runs with one more day to go 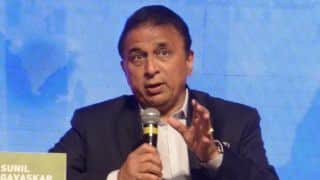 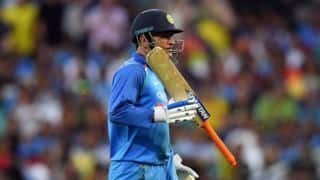