Vidarbha will fancy their chances when they take on Uttarakhand in the quarter-final of the Ranji Trophy.

Reigning champions Vidarbha, who topped the combined Group A and B standings, will fancy their chances when they take on Uttarakhand in the quarter-final of the Ranji Trophy beginning in Nagpur from Tuesday.

Uttarakhand qualified from the plate group to the last-eight of the coveted domestic tournament.

However, with an experienced batting line up led by veteran Wasim Jaffer and skipper Faiz Fazal, the hosts go into the match, to be played at the Vidarbha Cricket Association’s Stadium in Jamtha on the city’s outskirts, as favourites.

Age has not slowed down Jaffer as the 40-year-old batsman continues to be in rich form, having already slammed three centuries this season.

Vidarbha coach and former India stumper Chandrakant Pandit would be hoping that Jaffer would live up to his billing and play a vital role.

The role of skipper Fazal, who opens the innings, is equally paramount.

But if Vidarbha has had a successful run last year and have topped the two combined groups this year, then it’s not because of brilliance of one or two individuals. The fact is several players have chipped in to bail the team out of trouble or consolidate its position.

Be it Atharva Taide, Mohit Kale or Ganesh Satish, all have played their roles to perfection and the team management would want them to continue from where they have left.

On the bowling front, along with pacers, offspinner Akshay Wakhare and slow left-arm tweaker Aditya Sarwate have also shone on the field.

Provided a dry track, Wakhare-Sarvate duo can run through any opposition and Uttarakhand’s would be no exception.

On the other hand, Uttarakhand, who made their Ranji Trophy debut this season, have a tough ask at hand, especially playing on Vidarbha’s home-turf.

Right-arm medium pacer Deepak Dhapola will be the one to watch out for the hill state, which came into existence in 2000.

Dhapola has been consistently taking wickets for Uttarakhand and his role will be crucial if the famed Vidarbha batting line up has to be restricted.

On the batting front, the visitors have Rajat Bhatia, who has slammed a double hundred and a hundred this season, in their rank. Besides them, the others would also have to step up and deliver to tame Vidarbha in their backyard. 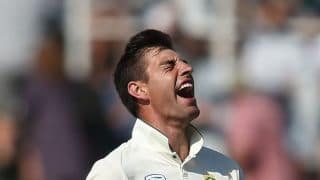 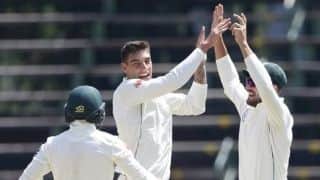