Uttarakhand qualified for the knockouts of the Ranji Trophy 2018-19 season from Plate group amassing 44 points during their unbeaten run in the league. Needing nothing less than a win to stave off stiff competition from Bihar, Uttarakhand trounced Mizoram by an innings and 56 runs on day three of the final round.

Even though Bihar also claimed a win in their final league match over Manipur, then finished with 44 points. Bihar lost only to Uttarakhand in the opening fixture.

Bihar s six win in eight matches was set up veteran captain Rajat Bhatia, who, after scoring 84 in Uttarakhand s only innings claimed 4/17 in the Mizoram s second innings.

Starting their second innings, following on, on 32/1, Mizoram could only manage 123 runs in reply to Uttarakhand s 377. In the first innings, Mizoram had done a tad better scoring 198.

Taruwar Kohli was the lone performer for Mizoram, who scored a valiant 68 in the second innings to go with his 96 in the first.

Uttarkhand will be taking on the combined table-topper from Group A and B, which as of now are the defending champions Vidarbha. 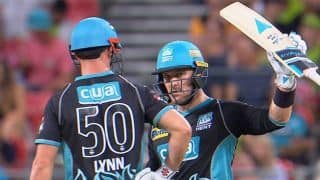 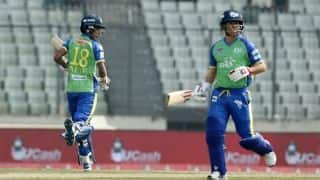