The 31-year-old Pujara also completed 6000 Ranji Trophy runs as he became the fourth-quickest player to achieve the feat. 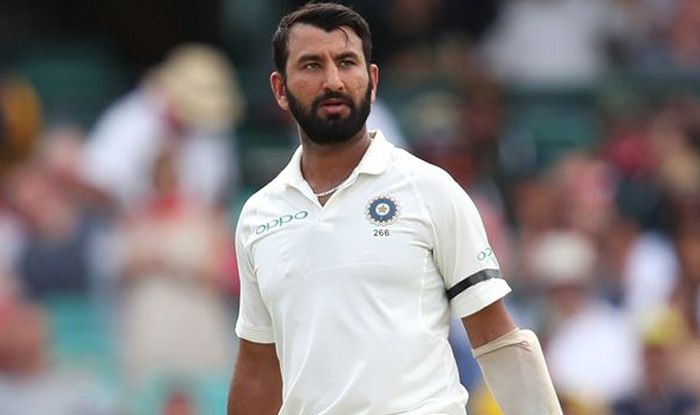 India’s Test specialist Cheteshwar Pujara played a magnificent knock of 248 on Sunday, his 13th first-class double century to help Saurashtra post a massive 581 for 7 declared on the second day of their Ranji Trophy Group B match against Karnataka.

Pujara, who on Saturday joined a select group of cricketing greats by smashing his 50th first-class century, in the Ranji Trophy match against Karnataka at his home ground in Rajkot. The 31-year-old joined an elite list of nine Indian batsmen led by the likes of Sunil Gavaskar, Sachin Tendulkar and Rahul Dravid.

Pujara is already the Indian player with most first-class double centuries when he scored his 12th double ton in 2017 to go past Vijay Merchant.

With the knock of 248 on Sunday, Pujara also became only the third player to record seven double centuries in India’s premier domestic competition – Ranji Trophy. He is at joint second with Ajay Sharma two behind Paras Dogra, who played most cricket for Himachal Pradesh.

Pujara also completed 6000 runs in Ranji Trophy during the course of his marathon knock.

List of records Pujara break during his 248-knock vs Karnataka

He and senior batsman Sheldon Jackson (161) rescued Saurashtra with a massive 394-run stand for the third wicket after they lost their two openers for only 33 runs on the board on Saturday.

Pujara resumed the second day on 162 and raised his double ton on Sunday before being eventually dismissed for 248 off 390 deliveries with help of 24 fours and a six. In reply, Karnataka were 13 for 1 in eight overs. 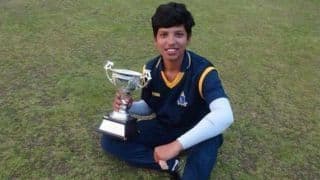 The World Cup Is a Big Stage And For That I Will Train My Hardest: Richa Ghosh