While Dhawan and Saini will not be playing for Delhi due to international commitments, Ishant will be available in the third game as a part of the workload management programme. 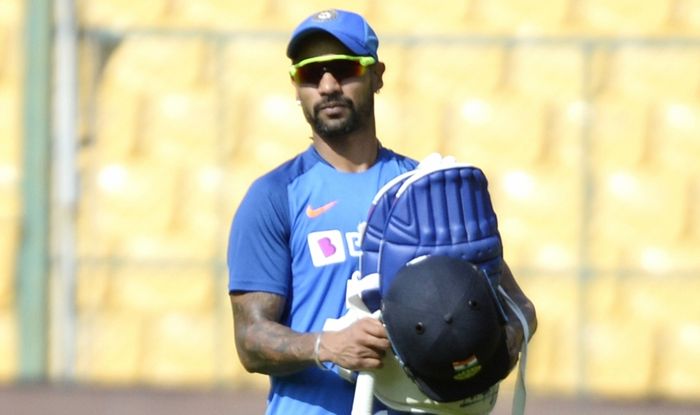 Delhi predictably got six points but lost three wickets in their pursuit of a meagre 84-run target, failing to log home a bonus point in their third group A Ranji Trophy league encounter against Hyderabad on Saturday. Delhi now have seven points from three games and are currently placed 12th in the combined points list of the 18 teams in group A and B. Hyderabad are second last with three defeats in as many games.

However, Delhi’s problems will compound after Saturday’s match as they will miss the services of Shikhar Dhawan, Navdeep Saini and Ishant Sharma when they next face Punjab in an away game. Punjab are currently on top of the elite table with 17 points from two wins with bonus points.

While Dhawan and Saini will not be playing the next game due to international commitments, Ishant will be available in the third game as a part of the workload management programme. Another pacer Pawan Suyal has a muscle tear in his groin and could miss the major part of the round-robin stages of Ranji Trophy.

Worse, one of the replacement seamer Kuldeep Yadav was set to make his debut and now finds himself embroiled in a controversy after allegedly behaving inappropriately with female hotel staff on Christmas day in Kolkata. DDCA are now in a spot to prepare a good team with not enough ready replacements.

The match showed a lack of ability in adverse conditions with next best score after Dhawan’s 140 is Anuj Rawat’s 29.

Starting the day at 24 for no loss, Delhi crawled to the target in 27.5 overs but only after losing opener Dhawan (21), his partner Kunal Chendela (6) and Nitish Rana (6).

Once Chandela edged one to Kola Sumanth behind the stumps off Mohammed Siraj, Delhi’s chances of getting seven points from the game evaporated.

Regular skipper Dhruv Shorey (32 not out) played for himself in his pursuit to get some form back with a lot of time at disposal in the company of Jonty Sidhu.