Mumbai have had a poor season in the competition so far.

Tamil Nadu virtually qualified for the knockout stage of the Ranji Trophy after they crushed Mumbai by an innings and 44 runs on the third and penultimate day. Tamil Nadu collect seven points, including a bonus point, from today’s match to take their tally to 23 from seven games.

They are now at second spot in Group A while Mumbai are at fourth spot with 11 points from six matches. Having allowed Tamil Nadu to amass 417 all out in their first innings, Mumbai were faced with a herculean task of scoring 276 to force the home side to bat again in their second essay.

After resuming their second innings on 12 for 1, they were spun out for 232 in 102.5 overs, 44 short of making Tamil Nadu bat again. The only batsmen to reach double figures were opener Aditya Tare (36), Shreyas Iyer (52), captain Suryakumar Yadav (65) and Siddhesh Lad (42). Wasim Jaffer departed early in the day for three but Tare and Iyer put on 84 for the third wicket. Mumbai were 97 for 2 and then 175 for 4 as Yadav and Lad added 75 but fell apart once more against spin.

Left-arm spinner Aushik Srinivas led with the Tamil Nadu bowling charge with three wickets, including that of Mumbai captain Yadav. Rahil Shah, whose left-arm spin had brought him 7 for 34 in the first innings, added two more to his tally today. Even Murali Vijay’s part-time off-breaks fetched him two strikes, those of Tare and Iyer. 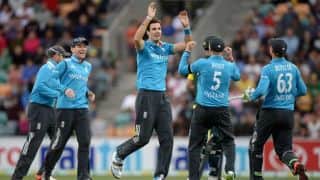 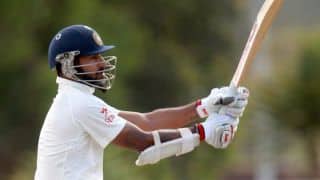