The Group C game between Hyderabad and Tripura was also not rescheduled after it also got abandoned as there was no improvement in air quality.

Kolkata: The Board of Control for Cricket in India’s (BCCI) tournament committee on Tuesday revoked its earlier decision to postpone Bengal’s Group A Ranji Trophy tie against Gujarat, handing a point each to the two teams instead. The Group C game between Hyderabad and Tripura was also not rescheduled after it also got abandoned as there was no improvement in air quality on the second day of the fixture at the Karnail Singh Stadium in Delhi. The Bengal-Gujarat match was scheduled to be played here from November 5-8. However, the Group B game between Orissa and Jharkhand, which was supposed to take place in Dindigul from Wednesday, will be rescheduled, the dates of which will be announced soon, BCCI said.

“The senior tournament committee of the BCCI met in Mumbai today and revoked the decision of rescheduling the matches between Bengal vs Gujarat and Hyderabad vs Tripura which was called off at the end of the second days play due to smog in Delhi in the month of November. Now all the four teams will get one point each,” a release from the governing body said. The decision leaves Bengal placed sixth in the points table with 18 points from seven matches with virtually no chance of a quarter-final berth. Three teams will make the cut. The Manoj Tiwary-led side play Madhya Pradesh at the Ferozeshah Kotla on Wednesday, the same venue where not a single ball was bowled against Gujarat due to smog and pollution.

The Cricket Association of Bengal (CAB) on Monday had written a letter to the BCCI requesting not to review the decision of rescheduling the match at its tournament committee meeting. Mumbai lead the group with 29 points from seven matches, five points clear of Gujarat with a match in hand. In the third place, Tamil Nadu have 23 from seven matches in the nine-team table. 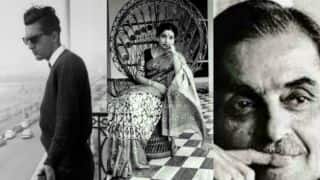 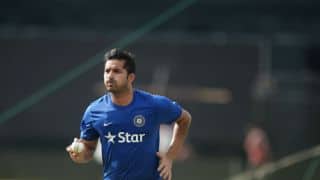