England limited-overs skipper Eoin Morgan has been the talk of the town ever since he led the Three Lions to their first ever World Cup title.

Morgan, who played a pivotal role as England defeated New Zealand in a thrilling final at Lord’s on July 14, showed his spirit and sportsmanship during the course of the showpiece event which was lauded by cricket fans all across the globe.

Recently, Morgan showed great spirit and play cricket with an Afghan family. On Monday, the Irishman took to Twitter and revealed that while he was walking back home after dinner, an Afghan family asked him to play a game, to which he obliged. (ALSO READ: No place for Jofra Archer in Nasser Hussain’s England XI)

The 32-year-old also posted a picture of his meeting, in which, the Afghan family can be seen all smiles. “On the walk home from dinner this evening I was asked to play a game with this lovely Afghan family #ThePowerofsport,” tweeted Morgan.

Afghanistan‘s newly appointed captain Rashid Khan, was the one among many to reply on his tweet and called him a “legend”.

Morgan will next be seen playing for Dublin Chiefs in the inaugural Euro T20 Slam tournament beginning August 30. 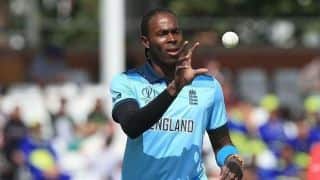 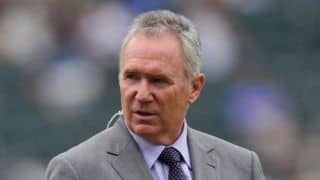