Rashid also said that he is the second most popular person in Afghanistan after the nation's President.

He is only 19, and Rashid Khan is already a global superstar. His show for Sunrisers Hyderabad (SRH) in Indian Premier League (IPL) received praise from all quarters, from Sachin Tendulkar to Afghanistan President Ashraf Ghani. Rashid claimed 21 wickets in the IPL for SRH, who dominated the league stage before being decimated by Chennai Super Kings (CSK) in the final at Wankhede Stadium, Mumbai by 8 wickets.

Rashid, who was presented T20 Bowler of the Year Award at CEAT awards, said that his favourite wickets have been MS Dhoni, Virat Kohli and AB de Villiers: “Getting rid of Virat, AB and MS Dhoni was very satisfying. In fact, I consider them the best wickets of my career so far. They are really good players of spin bowling so getting them out made it memorable for me.”

Rashid also talked about Afghanistan’s debut Test against India in July: “It’s a big match for us as playing Tests is a dream for every cricket-playing nation. All of us who are selected for that match will consider ourselves lucky. After all, we will be making history. And, it doesn’t get bigger than the fact that we will be playing India in India.”

Rashid finished off by talking about his popularity back home in Afghanistan: “As far as I know, after the President of the country, maybe, I am the person who is most popular in Afghanistan.” 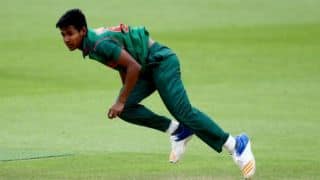 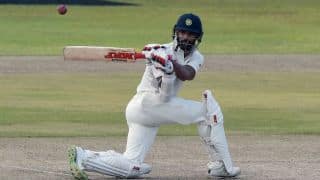